The project involves a ‘core’ of five researchers, and a scientific board of nine. Below you’ll find short descriptions of our members, as well as links to their personal webpages. 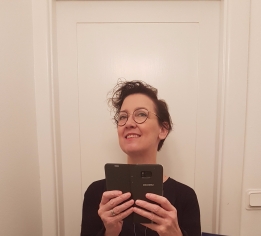 Anna-Sofia has done work on tropes, on infinite regress, and on ontological justification, among other things. In the project she will will focus primarily on developing a ‘two-tier’ view of metaphysical explanation according to which explanation of this kind requires both the instantiation of some fully objective feature of specific worldly relations and some epistemically characterized representation tracking those relations. Particular focus will be on formulating a theory of what in re makes a relation ‘explanation apt’. Additionally, Anna-Sofia will attempt to work out the details of an account which views metaphysical explanation as a kind of scientific and/or causal explanation. Special focus will be on the role and nature of laws in explanation, thus understood.

Beginning January 2017, Anna-Sofia will work 3 years half-time in the project. For more information about her research, please visit her personal webpage here.

Alexander’s research focuses primarily on: (i) non-causal explanation in metaphysics and the physical sciences; (ii) the logic of identity, essence, and individuation; and (iii) the nature of existence. In the project, Alex will primarily focus on developing a tracking view of metaphysical explanation, and, in particular, a theory of the nature of the tracking relation itself. Additionally, he will investigate the relationship between metaphysical explanation and fundamentality.

2018, Alexander will work 1 year full time in the project. For more information about his research, please visit his personal webpage here. 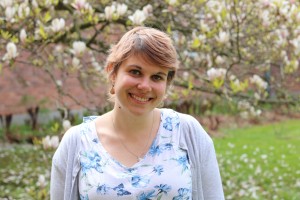 Naomi works primarily on issues in metametaphysics, and on issues concerning  reality’s structure. In particular, she’s interested in questions about the epistemology of metaphysical structure, and in particular the notion of metaphysical explanation, and its relation to other (more familiar) notions of explanation. Naomi also has a fast-growing interest in the philosophy of fiction, particularly where it intersects with metaphysics. In the project, Naomi will focus on formulating and defending a theory according to which metaphysical explanation – like all explanation – is essentially agent-centric and so not
objective. She will investigate the consequences of such a theory for discussions
about grounding and fundamentality, with a view to developing a conception of
structure characterized purely in terms of (metaphysical) explanation, thereby eliminating
grounding-talk altogether; an account she thinks offers a unified treatment of
explanation in science and metaphysics, and also sheds much needed light on methodological questions about the extent to which metaphysics should be thought of as continuous with science.

Beginning late spring 2017, Naomi will work 3 years, 75 % of full time in the project (dividing her time between Gothenburg and a lectureship in Southampton). For more information about her research, please visit her personal webpage here. 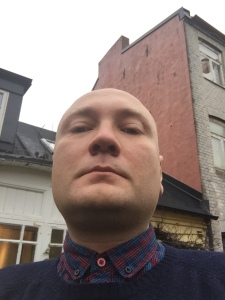 So far, Robin’s research has been primarily on issues to do with (the modal properties of) truthmaking. To characterize truthmaking in modal terms, Robin has argued, is unfortunate because talk of possible worlds trivializes truthmaking and runs the risk of overpopulating the ontological inventory. Instead, Robin has developed a view of what he calls ‘causal truthmaking’. In the project, Robin will focus primarily on working out what difference our choice between a view according to which metaphysical explanation characterizes grounding relations and a view according to which it tracks them, makes to what logical properties could or should be taken to govern grounding and explanation respectively. He intends to develop a view according to which much of the standard view of grounding is mistaken, and develop a theory of grounding that is divorced from the common conception of how best to understand explanation.

Beginning January 2017, Robin will work 3 years half-time in the project (dividing his time between Gothenburg and a lectureship in Lund). For more information about his research, please visit his personal webpage here.

Andrew’s research interests are primarily in ontology, mereology, and metametaphysics. In the project, Andrew will focus primarily on metaphysical explanations, and the manner in which they are mediated by laws or principles. Andrew is particularly interested in the manner in which our purported need to postulate such laws interacts with theory choice — e.g., whether such laws might be objectionable insofar as they detract from the simplicity of our total theory. Andrew will also investigate the manner in which metaphysical explanation, and the associated notion of grounding, interact with ontological debates. A case in point is the ontological debate over the existence of mereologically complex objects. Such objects will arguably require that we postulate mereological laws or principles governing the manner in which the existence and properties of composite objects are determined or explained by the properties of their proper parts (or vice versa). One project will be to investigate the nature of these laws, and their relationship with similar sorts of laws, namely laws regarding the manner in which the properties collectively instantiated by objects are determined or explained by the properties individually instantiated by those objects.

Beginning January 2018, Andrew will work 18 months full time in the project. For more information about his research, please visit his personal webpage here.